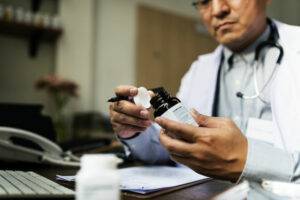 The following account was written in April, 2019 by Bob, a patient of Dr. Tro’s Medical Weight Loss & Direct Primary Care.

I had an appointment to meet with a cardiologist about three weeks after starting my weight-loss program with Dr. Tro.  The doctor, who was relatively young, began talking to me as though he were reading out of a textbook. He asked me how I was feeling, but I don’t think he actually heard my answer.

I tried to explain the profound experience I had been having over the last few weeks. I told him about the 15 pounds I’d lost. I told him how my blood glucose had been drastically reduced while simultaneously discontinuing a medication. I told him how much my blood pressure had improved, even though I had not started a new medication recommended on my last visit. I told him all this had been accomplished while I was eating as much as I wanted every day.

“That’s great,” he said, looking at my lab results from a few weeks earlier. He then recommended I immediately start taking a blood pressure medication and something else to deal with my blood sugar.

I pinched myself to make sure at least one of us was awake. “I understand and agree with your assessment of my lab results,” I told him, “but I want to make sure you understand that those results are from before these past three weeks of progress.”

I told him I had improved all of those numbers favorably in the weeks since then, and that I was ready, willing, and able to keep going down this road. I was excited about what was happening, and not interested in taking more drugs. I wanted the freedom to pursue this to see where it leads.

He told me the lab results needed to be addressed right away. “This can’t wait,” he said.

He could tell I wasn’t sold.

He then told me he was going to consult with another cardiologist in the practice and that someone would be back to see me shortly.

He closed the door, but then popped his head back in and asked “Are you planning to have bariatric surgery”?

My head was spinning and I was getting really angry. I was not being understood because I was not even being heard. I grew more and more agitated as I watched the clock tick away. I was considering escape plans. Just tell the front desk you have another appointment on the way out, I thought. But I decided that would be rude, and to stick it out.

At the 26-minute mark, another doctor, who was quite a bit older, came in and introduced himself. I can’t imagine the look on my face was very positive, but I gave him a chance and he returned the favor. In two minutes, he reversed everything the other doctor had said.

“I don’t want to start you on any new meds,” he said. “I understand you’ve started a new weight-loss program and I think we should give it a chance and see how you do. We’ll leave everything as it is and see you again in three months to reassess. I hope what you’re doing includes some exercise.”

“Thank you, doctor,” I said. “I really appreciate that and I will see you in three months.”

Now, I don’t think this man had much faith in my ability to be successful. He has been practicing medicine since the year I was born. I’m sure he has encountered endless patients with new diet programs, almost all of whom have failed in the end. But he had the strength of character to remain open to new ideas and the possibility of change. He surprised me.

Now it’s time for me to return the favor.

As of September 25, 2019, Bob had lost 120 pounds and is off all of his diabetes medications and two blood pressure medications. His a1c improved from 10.5 to 6.0. We hope to be able to share Part Two of Bob’s inspirational story in an upcoming post.